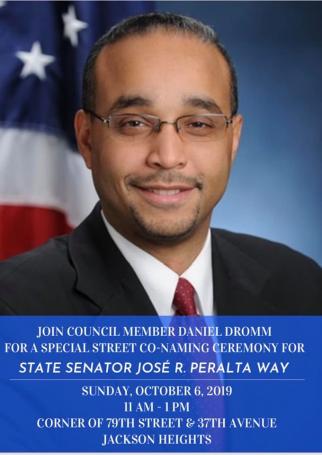 The northeast corner of 79th Street and 37th Avenue, the street where Peralta lived with his wife and children, may bear his name after a street co-naming proposal was introduced by Council Member Daniel Dromm and unanimously passed Community Board 3.

Peralta’s widow and two children, Matthew, and Myles, still live on the proposed corridor that may be named in his honor.