Rockaway, also known as the Rockaways, is a peninsula on Long Island in Queens. It encompasses the neighborhoods, Breezy Point, Far Rockaway, and Rockaway Beach. Rockaway has a diverse mixture of lower, middle, and upper class residents. It is relatively isolated from the city, and is a popular summer retreat for many Manhattan residents. It is also one of the most rapidly gentrified neighborhoods in all of New York, especially Queens. Rockaway is increasingly becoming known for its well-kept beaches and recent waterfront property expansions. Rezoning and new development projects has paved ways for new residents to move into the area, often bringing increased economic benefits with them. 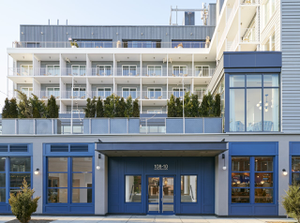 Join the Queens Chamber of Commerce and the Rockaway Business Alliance for our first in person networking event of 2021, at the beautiful Rockaway Hotel Rooftop.